Comparing a Debt Settlement Arrangement to an IVA

What did we expect?

Before the Personal Insolvency Bill 2012 was passed into law in Ireland at the end of 2012, there was a general expectation that the Debt Settlement Arrangement or DSA - one of three completely new measures for addressing personal insolvency - would be almost a mirror image of the remarkably successful Individual Voluntary Arrangement or IVA which has been in operation in the UK since 1986. We thought that the Irish legislature would enact laws that would more or less copy a system that works remarkably well in England, Wales and Northern Ireland and indeed benefit from the mistakes originally made in that jurisdiction, many of which were corrected by amending legislation and regulation in the intervening 27 years.

What did we get? 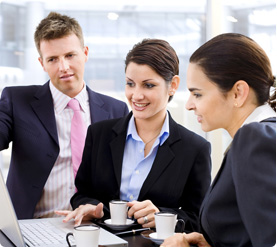 Perhaps what we got was simply a curate’s egg – good in parts but stinking in certain areas. Neither insolvent debtors nor their creditors can be happy with the new insolvency law as it stands. Nor does it satisfy the needs of the public at large or even the Personal Insolvency Practitioner or PIP who seeks to broker a DSA deal between the debtor and creditors. The new insolvency law and specifically the DSA, allows huge flexibility to achieve mutually beneficial outcomes for the debtor and creditors, but it could easily have been so much better for all parties. Did our lawmakers try too hard to come up with perfect solutions when they forgot that in lawmaking as in making speeches, less is often more? They tried to cross every ‘t’ and dot every ‘i’ as if they trusted neither debtors, creditors or insolvency professionals to make the system work. The effect of this approach is to make the insolvency process in Ireland expensive, slow and inefficient.

What makes the process expensive?

Well, for example, did we really need to incorporate a mandatory requirement for a Protective Certificate or PC? The purpose of the PC is supposedly to provide a breathing space for the debtor together with the PIP to prepare the DSA proposal. Certain enforcement proceedings and other actions may not be initiated or progressed by creditors in relation to the debts specified therein while the certificate is in force, i.e. for 70 days. During this time the DSA proposal is prepared and the PIP calls a meeting of the unsecured creditors and may share information with secured creditors, although secured debt cannot form party of a DSA. To administer the PC system another layer of bureaucracy was added via the appointment of special judges who in practice will simply rubber stamp applications for PCs, assuming the PIPs are doing their jobs. Add in the time costs of attendance at court and the cost of the PC to the debtor (€250 in the case of a DSA) and it’s easy to see that the PC requirement alone adds to costs, causes delays and promotes inefficiency. The UK in its IVA process did originally have a requirement for an Interim Order or IO which had the same purpose as a PC. However as time went on it was clear that the IO was unnecessary except in cases where legal action or other enforcement proceedings had already commenced. Nowadays, IO’s are sought in less than 1% of IVAs. Why does Ireland have to go through the same learning curve as the UK did?

What can we do to improve Irish Insolvency Law?

The Minister for Justice, currently Mr Alan Shatter, can bring in amending legislation and perhaps in some cases can issue ministerial orders to change or correct the offending parts of the law. In our next article we will suggest ten improvements that can be made, even it this very early stage of implementation.