Qualifying for a Debt Settlement Arrangement

What is a Debt Settlement Arrangement?

A Debt Settlement Arrangement or DSA is one of three new measures in the Personal Insolvency Bill 2012 which was passed into law in Ireland at the end of 2012. The DSA is a largely non-judicial debt settlement arrangement and it was designed to allow insolvent persons to address their unsecured debts with their creditors with the prospect of being debt free and solvent again in a timescale of five or six years.

Who decides whether you can enter a Debt Settlement Arrangement? 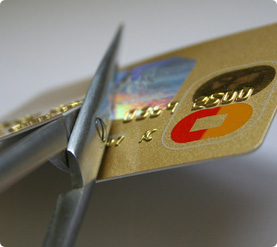 Your creditors have all the power in this regard. Regardless of how good, bad or indifferent your Debt Settlement Arrangment proposal is, creditors can accept it or reject it. The good news is that you don’t need all of your creditors to agree acceptance. If 65% or more of them agree then your DSA is accepted and it is binding on all of them including the up to 35% who voted against it. The voting power of your creditors varies from one to another. The amount of your debt to each creditor determines how much voting power they have. Suppose that your total unsecured debts amount to €200,000 and you have five creditors. Let us say you that you owe Creditor A €70,000, Creditor B €60,000, Creditor C €50,000, Creditor D €15,000 and Creditor E €5,000 and let us suppose that they all decide to vote in regard to your DSA proposal.

What happens if one or more of your creditors fail to vote or decide to abstain in the vote? Let us suppose that Creditor B in the example above decides not to vote and your other creditors do vote. Now the total of votes being cast amounts to €140,000 and the 65% threshold is €91,000. Now you need both creditors A and C to vote in your favour i.e. €120,000 for your DSA to be accepted. If either Creditor A or Creditor C votes against acceptance, then you cannot reach the 65% threshold, even if the other creditors all vote in your favour. Remember, whatever decision is reached, it is binding on all creditors including Creditor B who did not vote, for whatever reason.

What other factors affect qualification for a Debt Settlement Arrangement?

If you have just one creditor, it is unlikely that a DSA proposal would be accepted since that creditor would be unlikely to agree to having a third party involved in the resolution of your debt problems since the additional costs would reduce the returns they could expect if they dealt directly with you.

If the level of your debts is too low or the amount of your disposable income is too low, it is unlikely that a DSA would be acceptable to your creditors or be recommended by a PIP. An alternative solution such as a Debt Relief Notice or DRN might be more appropriate.

If your disposable income is too high or the value of your assets such as savings or one or more properties is too high, then you may not be insolvent in the first place and there may be other courses of action open to you for resolving your indebtedness with your creditors. Again, in these circumstances, your PIP would be highly unlikely to agree to facilitate your offering a DSA proposal to your creditors.

Remember that a DSA only deals with unsecured debt. So, if you have serious problems in regard to secured as well as unsecured debts, it may be that a DSA would not be appropriate and that you should consider whether a Personal Insolvency Arrangement or PIA which deals with both secured and unsecured debt might be a better solution for your circumstances. Again, this is a matter which would normally be explored and teased out by your PIP. Secured debt is not affected in a DSA and any person entering a DSA must be able to service their obligations fully on an ongoing basis in respect of any secured debts they may have.

Other factors which might preclude you from qualifying for a DSA include the requirement that you the debtor be ordinarily domiciled in Ireland or must, within one year of applying for a protective certificate, have been ordinarily resident in Ireland or have ordinarily had a place of business in Ireland. You must have no likelihood of becoming solvent within the five years following an application for a DSA and must not have incurred 25% or more of the relevant unsecured debts in the six months period preceding the date of application for a DSA. There are some other restrictions relating to eligibility for a DSA which mainly relate to the debtor not having availed of certain other financial solutions within certain time parameters.