The serious flaw identified in the operation of the Irish personal insolvency system is expected to be put right by amending legislation in September 2014 when the Dail resumes sitting after its summer vacation. The flaw is said to relate to whether the requirements for creditor acceptance or rejection of a PIA (Personal Insolvency Arrangement) depends on the % by value (of debts) of voting creditors or on the % by number of voting creditors. It is said that the amending legislation is all ready to be enacted into law and commenced urgently by the government.

It is unclear if the Irish government has considered amending any other aspects of the insolvency laws, particularly those provisions which compare unfavourably with those which apply in the neighbouring jurisdiction of the UK, including Northern Ireland.

In the first instance, have they considered dropping or reducing the application fees which currently stand at €100 for a DRN (Debt Relief Notice), €250 for a PC (Protective Certificate) for a DSA (Debt Settlement Arrangement) and €500 for a PC for a PIA (Personal Insolvency Arrangement)?

In the UK there are no fees for the similar processes to the DRN and DSA. 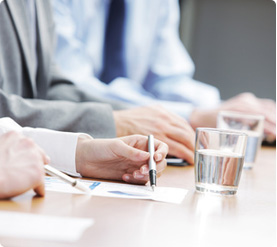 Secondly, have they thought about dropping or easing the restrictions which prevent debtors from applying for a DRN or for offering proposals for a DSA or a PIA for a second time in their lifetime?

What about dropping the restrictions which prevent debtors applying for a second protective certificate in respect of a DSA within twelve months of a PC having been issued for a DSA?

What about dropping the restrictions on applying for a second PC in respect of a PIA, within twelve months of a PC having been issued for a PIA? Have they considering re-visiting all the restrictions which in their totality convey the impression that the goal was to minimise the numbers of debtors seeking solutions?

Thirdly, is it possible that the government might completely drop the requirement for a protective certificate? Or for that matter might they consider radical amendments such as completely eliminating court involvement in DSA and PIA processes? After all, these were supposed to be ‘non-judicial’ processes. And in the UK, that’s exactly what they are. Only in exceptional cases is court involvement required in the UK, generally where legal action against the debtor is pending.

Fourthly, might they consider simplifying the Personal Financial Statement and particularly the requirement for extensive and detailed historical data about the debtor’s financial circumstances, ostensibly in explanation of how their current insolvency arose? Such detailed submissions add costs to the preparation of the DSA or PIA both on behalf of the debtor, through the research that the PIP has to carry out, and on behalf of the ISI who have to process the applications.

Fifthly, perhaps the amendment drafters could revisit and clarify the definition of arrears in the case of a DSA or PIA which is up and running. As things stand, the rules appear to be very harsh in that an uncorrected default in payment automatically terminates the DSA or PIA with no discretion afforded to the supervising PIP and no allowable variation to the process. The default might be as little as €1 and yet the arrangement fails. In the UK failure of an IVA for arrears requires that there be arrears of three months payments where no payment break was authorised by the insolvency practitioner and no variation to address the breach or default was agreed by creditors.

In the UK the official receiver must take steps to deal with the asset within three years, otherwise the debtor’s interest in the property is automatically reinstated. A clear benefit from these changes is that insolvent debtors would be more inclined to pursue the bankruptcy route in Ireland rather than in the UK, which obviously entails major personal disruptions to their lives. Creditors would also be much better off if their clients pursued the bankruptcy option here in Ireland.