It is almost three years since the Personal Insolvency Act 2012 was passed into law in Ireland (December 2012) and it seems like a reasonable time frame on which to look back and assess what has gone well and what has not. 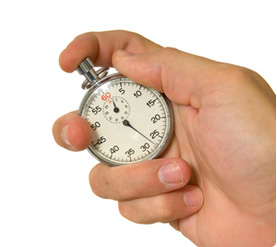 The biggest disappointment is that the take up of the three totally new insolvency solutions namely Debt Relief Notice (DRN), Debt Settlement Arrangement (DSA) and Personal Insolvency Arrangement (PIA) has been very low with less than 1,500 arrangements in all entered into. This is disappointing for all parties involved in the process – the government, the Insolvency Service of Ireland, debtors in general and presumably creditors. We say presumably because it is unclear if all creditors ever were or are 100% supportive of the process whose ultimate objective is to return insolvent debtors to solvency. The bankruptcy process was also softened somewhat but the take up there is also still very low. 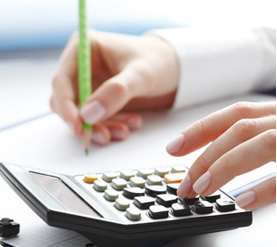 What has gone well so far? It is generally acknowledged that the ISI has set up a reasonably successful system for the electronic communication of documents and information as between the ISI, the PIPS, the Courts, creditors and debtors. This reduces costs for all concerned and provides an infrastructure for real time saving with snail mail almost dead. Perhaps the next step in this process will be the introduction of some type of CCTV a la Skype which would allow judges to communicate on the day with the PIP and clear up any queries they might have. This could help to avoid costly adjournments and costly travel by PIPs to attend court.

The improvements to date

One change to the process which was welcomed across the board was the decision to drop the initial fees payable to ISI which were initially set at €100 for a DRN, €250 for a protective certificate for a DSA and €500 for a protective certificate for a PIA. This was an admission that there should never have been a fee charged to insolvent debtors attempting to return to solvency. Copying and pasting the UK model would have prevented this mistake.

Of course in the UK there is nowadays no equivalent to the Protective Certificate or PC process. They used to have what was called an ‘Interim Order’ procedure but that requirement was dropped over ten years ago. If a debtor in the UK in an exceptional case needs protection from creditors while preparing proposals for an arrangement such as an IVA, then they can apply to a lower court for such protection and it can be granted very quickly. This begs the question as to why court involvement in the Irish insolvency processes which were supposed to be ‘non-judicial’ is necessary in Ireland at all with all the cost and delay that that introduces. 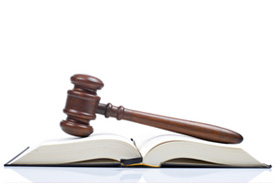 One view doing the rounds is that the protection of property rights as provided for in the Irish constitution necessitated the need for court involvement and the easiest way to ensure that in each case was by requiring a protective certificate to be issued by the court. Proposals agreed between creditors and debtors would also be required to have court approval. One solution being mooted is to amend the constitution but is that ever likely to happen?

Whatever about the necessity for court involvement, the requirement on the debtor to furnish a Personal Financial Statement is difficult to justify. As it stands and as the ISI has developed it, the PFS which must be submitted requires that the debtor disclose a great deal of historical data about their financial circumstances, ostensibly in explanation of how their current insolvency arose. This data bears little or no relevance to the eventual proposal for a DRN, DSA or PIA which emerges. For example a doctor who may have enjoyed a certain exalted standard of living in the good times now finds that he or she is insolvent and wants to offer proposals to creditors for a DSA or a PIA. Since they must comply with the constraints of ‘reasonable living expenses’ requirements which have been published by the ISI for the DSA or PIA to be accepted, what is the relevance of disclosing how they spent their money or how they lived five years ago or even one year ago. The important point is that such detailed submissions add costs and delay to the preparation of the DSA or PIA both on behalf of the debtor, through the research that the PIP has to carry out, and on behalf of the ISI who have to process the applications. There can hardly be any constitutional requirement necessitating the furnishing of a PFS. It certainly has the effect of putting debtors off and at the very least contributes to the low take up.

Perhaps the most important factor in the insolvency process in Ireland is the attitude of creditors to the debtor’s proposals whether they are for a DSA or a PIA. We will look at this in our next article.