The second article in this series looks at some specific professions and how some recognised professional bodies or RPBs view members who are threatened with personal insolvency or who are already insolvent. While there is a lack of uniformity in how different RPBs view and more importantly deal with their members who find themselves in this predicament, we will seek to clarify what information is available.

The Veterinary Council of Ireland stated that procedures for registering of veterinary practitioners by the Council were set out in Section 4 of the Veterinary Practice Act 2005. They helpfully stated that anyone being considered for registration or seeking restoration to the Register must amongst other things, confirm that they are

‘of good character and repute and not an undischarged bankrupt’.

Registrants renewing their registration each year are required to confirm that they are ‘of good character and repute and not an undischarged bankrupt’. In circumstances where a veterinary practitioner makes a false declaration, the Council can take disciplinary action under Part 7 of the Veterinary Practice Act 2005. However, no specific guidelines were provided in relation to how The Veterinary Council of Ireland would deal with registrants who, faced with personal insolvency, were considering entering into a Personal Insolveny Arrangement (PIA) or a Debt Settlement Arrangement (DSA). 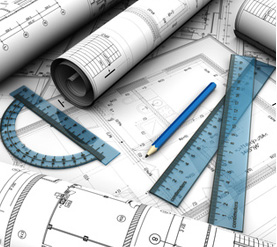 A person must be registered to use the title ‘architect’ in Ireland. The Royal Institute of the Architects of Ireland publishes its Architects’ Code of Conduct on its website. Paragraph 2.14 states that

‘architects shall ensure that their professional finances are managed prudently, so as not to be to the detriment of a client.’

Examples of matters which may be examined that might indicate a willful disregard for responsibility or integrity by an architect include:

It is unclear what action the RIAI might take in the event that a member becomes bankrupt or enters into a PIA or a DSA but it seems clear that continued membership of that body may be at risk in the event of personal insolvency. As for prospective members of that body, being personally insolvent might be a barrier to entry and practice as an architect.

Interestingly, in the UK, The Architects Registration Board or ARB has published on its website some guidance notes for architects facing bankruptcy or liquidation. They suggest, in the first instance, that help and advice is available from architecture’s professional bodies such as RIBA and from The Insolvency Service in the UK or professional help may be available from the member’s accountant before deciding on the most appropriate route forward. They further state that members facing financial difficulty are not automatically removed from the Register. They do ask that a member who is the subject of a bankruptcy order or who makes an arrangement with creditors or who is the director of a company which is wound up (other than for reconstruction purposes) should report the matter to ARB within 28 days.  They go on to say that neither bankruptcy nor being a director of an insolvent company will automatically lead to disciplinary action or the removal of the member from the Register. They may seek information regardin the member’s financial circumstances, its impact on clients and creditors and how the financial problems arose. It is only where enquiries suggest that the architect may have willfully disregarded their responsibilities or that they demonstrated a lack of integrity, will ARB’s Investigations Committee need to give more detailed consideration to the matter.

In future articles, we will look at some further mainstream professions and the current approach, so far as it is publicized or known, of relevant RPBs to the continued membership or otherwise of a professional who adopts one of the formal insolvency solutions now available in Ireland.